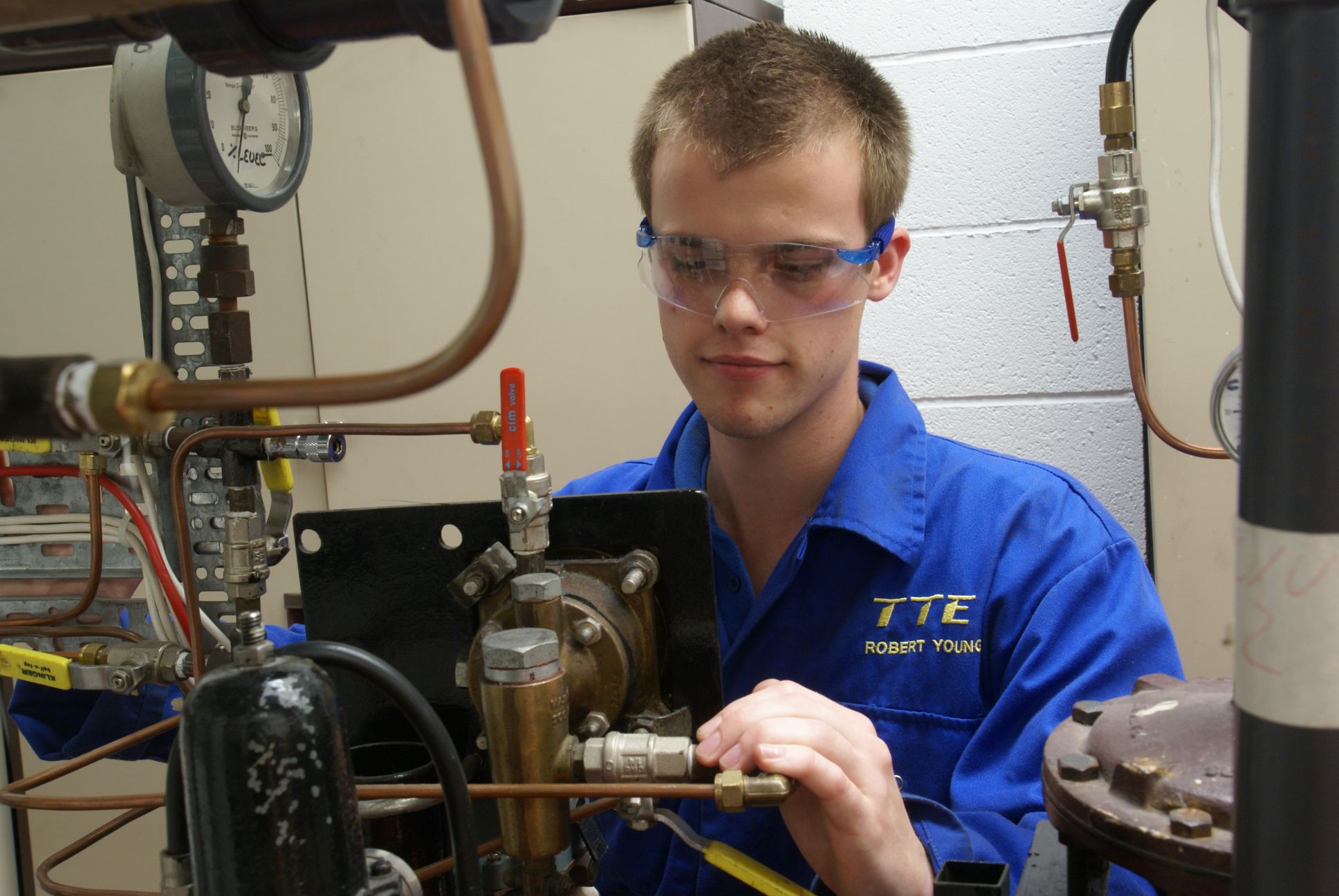 A Career in Engineering

Having this knowledge at an early stage in your decision making process will help you to make an informed decision about what skills and disciplines are needed in order to get on the right career path!

There are two main areas of engineering:

Mechanical Engineering
Is a broad area and can be split into further specific areas such as:
• Bench fitters • Maintenance fitters • Fabricators • Welders • Turners • Pipe fitters • Riggers

Electrical Engineering
This can be divided into areas such as:
• Electric installation • Maintenance and repair • Support systems • Electronic circuitry

There is also an area known as process. Here is an example of how that process works: In industry, a maker of chocolate would have a production line where cocoa, milk and all the other ingredients are mixed. This process involves a wide range of engineering skills.

So how are all of these skills brought together?
The chocolate maker employs electrical engineers to install the power and service and maintain the electrical side of the production line. The instrument technicians check, service, install and maintain all instruments. In order to keep this line running, (and most run twenty-four hours a day, seven days a week) the maintenance fitters maintain, service and install the conveyor belts and all associated machinery. The bench fitters and turners make the required parts; the fabricators and welders then produce parts such as pipe support systems and the pipe fitters ensure all the chocolate had the pipes to run through. In addition to this the riggers set up work platforms to enable all of the instillation.
Now that you can see the clearly defined roles for each engineer you will hopefully start to get a better idea of the area in which you would like to specialise. If you are still unsure then here is a more comprehensive guide to the responsibilities of each role:

The Bench Fitter:
A bench fitter prepares machine components using skills such as filing, hack-sawing, chipping, drilling, reaming, screw cutting and scraping. They are expected to individually handle precision measuring instruments, read machine drawings, handle various fitter tools and operate different machines such as drilling and grinding machines. In addition to this they can also be called upon to operate lathe machines and advanced C.N.C. (computer numerically controlled) machines. Some employers may require a bench fitter to have additional allied skills, such as welding and sheet metal work.

The Maintenance Fitter:
The maintenance fitter is expected to leave the workshop to carry out repairs when a piece of machinery or equipment is faulty. The use of technical drawings or written instructions may also be
required as it is sometimes necessary to dismantle machinery in order to find the faulty component. A huge array of equipment needs to be maintained for this role and the fitter needs to be skilled in many different areas whilst also having a wide-ranging knowledge of electronic pneumatic (air powered) and hydraulic (liquid powered) machinery.

The Turner:
The turner operates various machines such as the centre, turret and capstan lathes as well as grinders, drilling machines and power hack-saws. They are expected to produce components such as new shafts to keep the line running. Performing centre, face, taper and parallel turning, as well as boring, thread cutting, eccentric turning, knurling and a host of other operations on the lathe is all part of the job and the turner must be able to programme and operate CNC machines as well as
manually operated machines. This work also includes producing or repairing various components removed by the maintenance fitters.

The Fabricator:
Fabrication has a great deal to do with manufacturing. Fabrication is an industrial term that refers to the manipulation of raw materials (such as steel) for the making of machines and structures. Steel and other metals are cut and shaped during the fabrication process and therefore fabrication is a very hands-on part of the manufacturing process.In short, a fabricator makes whatever is required, mainly from steel plate or sheet metal although they also work in channel, joists and box sections. For example, the fabricator makes the framework that holds a pipe rig for the pipe fitters, or they could make the support framework that holds up the pipe work that runs around the factory.

The Welder:
Welders use specialist equipment to “weld” or join together metals and this can also include cutting or trimming metal objects. There are many different types of welding, but it is unlikely that you would need to learn them all as most welders specialise in one area or two specific areas depending on the requirements of the company. However, a welder does need to know what type of welding is required for each job, how to use equipment safely, how to follow work procedures and what procedure to use for quality control.
Welders work in places that manufacture structural steel, boilers, heavy machinery, aircrafts and ships; they also work in many industrial sectors such as automotive, oil and gas, manufacturing, forestry, mining and construction.

The Pipe Fitter:
Typically, pipe fitters lay out piping systems for construction and installation projects, and also assemble and maintain complex piping systems and equipment. Pipe fitters work in industrial, chemical, power, and wastewater treatment plants, as well as in refineries and in most commercial and residential buildings. When installing a piping system, they will study drawings to determine the type of pipe and tools to use and then lay out the procedure for installing the system.

Once the correct piping and related materials have been selected and ordered the pipe fitter measures, cuts, threads, bends, solders, assembles, and installs pipe valves and fittings using tools such as pipe cleaners, pipe threading and bending machines, and flame cutters and torches. Most pipe fitters also require the skills and knowledge to weld in at least two disciplines, MMA (manual metal arc) and TIG, (tungsten inert gas).

The Rigger:
The word ‘rigger’ covers many skills in different environments. In the theatrical industry a rigger sets up stage lighting, whereas in the army a rigger sets up parachutes. In industry however, they have a different role assembling scaffolding and stages for maintenance fitters to work from. They are also expected to move heavy plant machinery into position and generally undertake heavy work that includes working at heights.

The Industrial Electrician:
An industrial electrician is responsible for installing/repairing and maintaining a range of electrical equipment in a variety of installations and industries from houses, offices and canteens to multi-million pound power generation, chemical, food processing and steel companies. They are involved in areas such as electrical safety, safe isolation, inspection and testing, installations, electrical motors and starting equipment. Installation techniques are an essential part of this role and other important areas include the need for, and practice of, inspection and testing of electrical equipment and systems, and single and three phase electrical motors.

The Instrument Technician:
The role of the instrument technician is to calibrate and maintain measurement systems (for flow, level, pressure and temperature), electronic and pneumatic process control systems and fire and gas detection systems and analysers.

The Production Technician:
These technicians start up, control, monitor and shut down sub-systems. Consequently their role is to maintain safe operations and achieve production targets. Production technicians who are competent in all aspects of this job may well become control room technicians. In this case they are responsible for the overall production process via computerised distribution control systems.

We hope that this short explanation of various engineering roles within industry helps you to decide which areas you might wish to specialise in. However, if you would like to discuss any of these options in greater depth or to find out more about our “taster” days and open-evenings please call us for an informal chat!